The early mornings are getting to me…I actually went to bed early last night. I know, it’s a miracle. I was tired though. Yesterday was three meetings before and after school, and the afterschool one took a lot out of me. When we teach reproduction, we have to allow the parents to preview the curriculum, which is fine. I’m glad they’re paying attention…but this was more about a culture clash than reproduction. Those are hard. I think it might have been just as hard for the dad. The parents can choose to opt their child out of a sexual education, which I don’t really agree with, but I respect their right to do so…so every year, we send letters home and do these meetings and then have parents who choose to have their kid NOT learn about how their bodies work. And no, it’s not just girls. Anyway…unfortunately, they don’t let US choose who to opt out, because there are some pure trolls and some incredibly immature (um boys) who make it a lot harder for us to teach this unit.

When I got home from that, which took longer than it ever has, I walked the dogs. 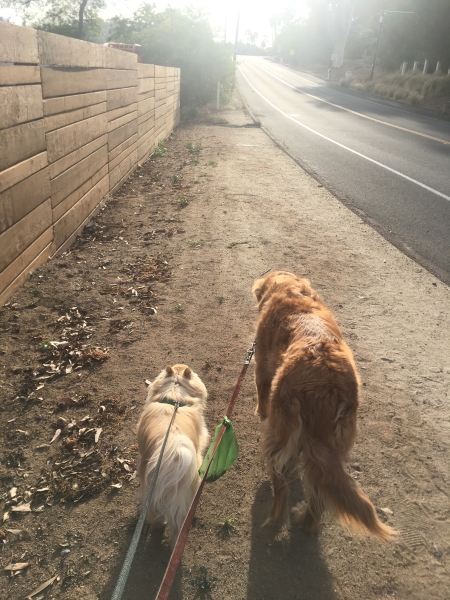 It was over 3 miles, and they were dragging at the end of it. It felt good, though. All of us need the exercise. Unfortunately, because of coyote sightings, I’ve limited the walks we go on now. I need to go out into those wild places and see if that’s still an issue. Of course, I know the coyotes are still there, but with daylight stretching later, it’s possible that I can go and avoid them.

When I came home, after eating dinner, I started cutting out Wonder Under. 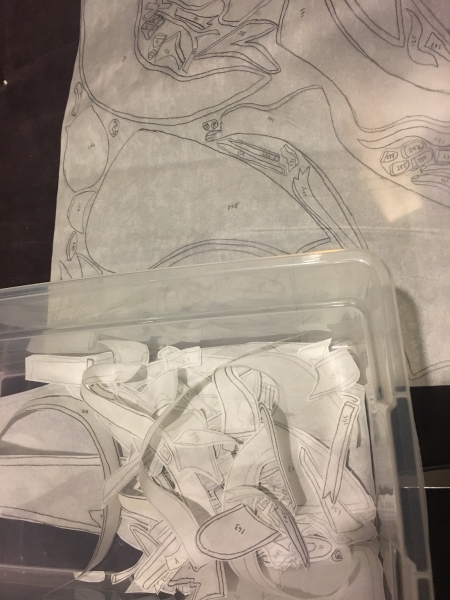 I had (tired) couch companions… 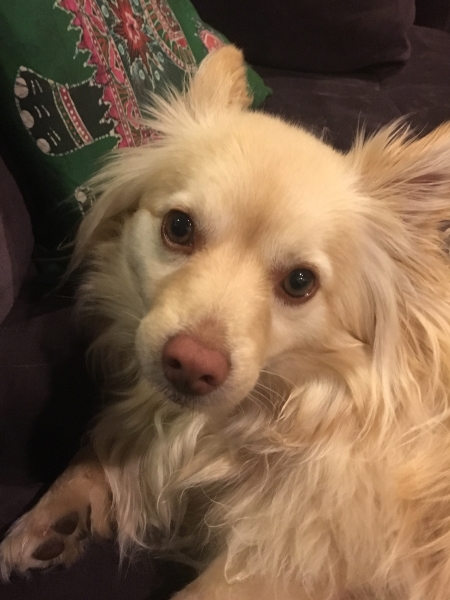 He’s now licking his paw something awful, so there must be something in there. Unfortunately, he’s a bitey asshole, so he won’t let anyone else look at it.

This one also slept… 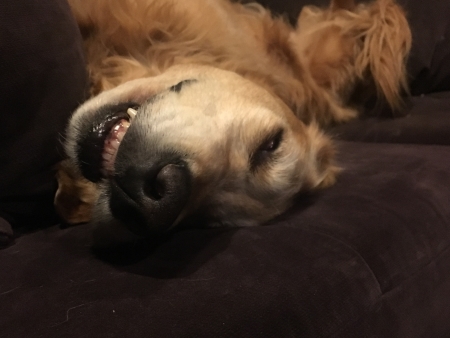 And I cut for almost 3 hours. 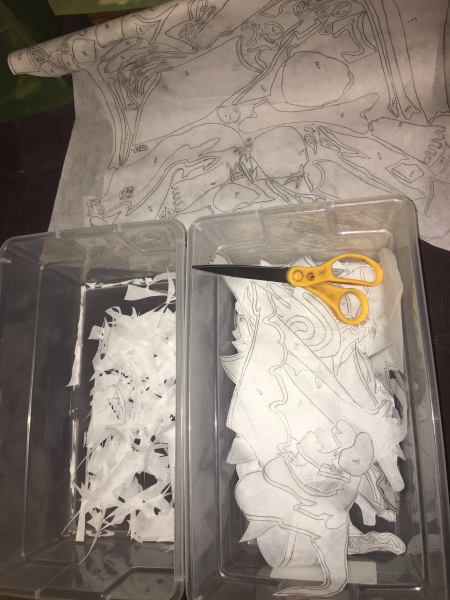 It’s a very methodical process, very meditative. Cut this larger section, cut the big pieces out, then down to the small pieces. Then pick up the next larger section. I got through one whole yard of Wonder Under and part of the next one…looks like it’ll take me three long nights to get through it, but I could potentially be done Friday night. I’m not caught up with grading at school, but I know there are many opportunities in the next week or so to get caught up, so I’m going to try to limit what I bring home. That life-work balance is a bitch for teachers.

I did book the girlchild’s flight home to San Diego (not until August) last night. I’ll see her in May in New York for the boychild’s graduation. She’s on short time in Madagascar now…hoping she stays healthy for the last bit and manages to get home safe.