Yesterday was long. It began with a parent meeting and a breakfast of a handful of peanuts (not the best choice) and the teaching part went all day, like it does, into a meeting about who teaches what and why and how and when and maybe which…who knows. At some point, I got a second wind and started doing art things, quite a few of them. I didn’t do school things because I did lots of them at school and I should be allowed to stop at some point. Really. Today I have to remember to go to the chiropractor after school too. Somewhat hard to remember that shit.

So that was January, a whirlwind of not being able to do art for some reason. Seriously, I looked back, and most weeks I manage 13-20 hours of art…on top of a 60+-hour week of school (ugh). But until this week, I was doing about 4-5 hours a week. Maybe not helping with the feelings of stress. But I’m back on track! Woo hoo!

Left for work yesterday morning with two furry beasts staring out the dirty window. It’s on a 2nd floor…hard to clean it, really. Need to replace it with something easier to clean. Normally the puppy is not out, but my housemate was running slow, so Simba got a few more moments of house freedom. 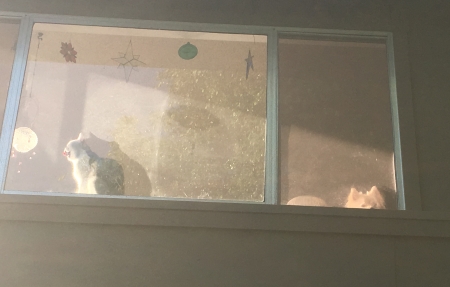 After dinner, I put the bindings on the quilt I’ve been working on for months. That’s a fun binding… 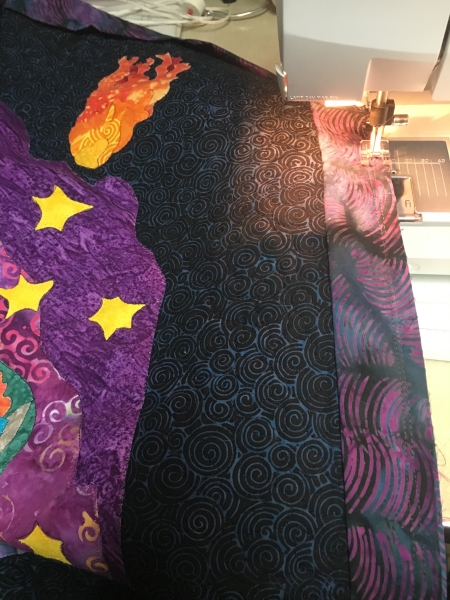 Usually my bindings are more mellow.

Wait. Well there’s this one…I finished the handstitching last night on this binding, but I purposely picked something crazy. Now I need to do the embroidery on it…that will take a while. 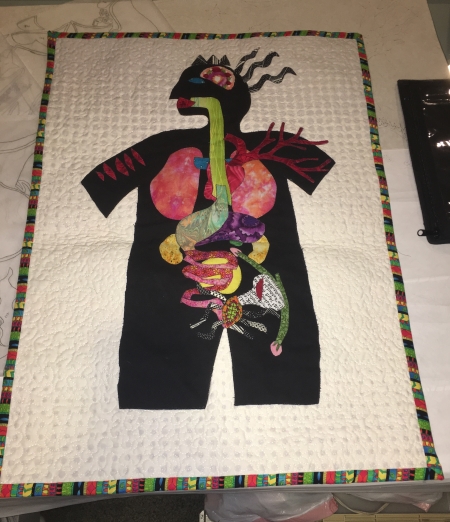 I had wanted a January finish, so I should have done the handstitching on the other small quilt first and finished IT yesterday, but no…I did not think that far in advance. I liked last year when I was finishing one thing each month. Well. Until the summer, when all that fell to shit…so why am I worried? It’s OK…I didn’t have a finish last January either…I think I was a day or so off. 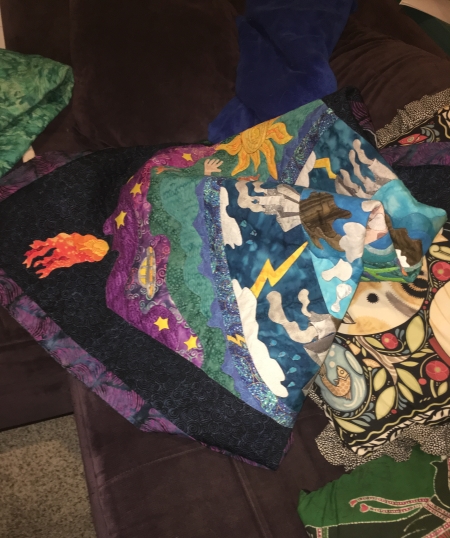 So fast! So easy! This one will actually be done when the binding is done. I’m only doing bindings in that little bit after I’ve eaten my dinner until the show we’re watching stops. So if they’re 50-minute shows (figuring for commercials), that’s not a lot of time. It’s OK. They’ll get done. 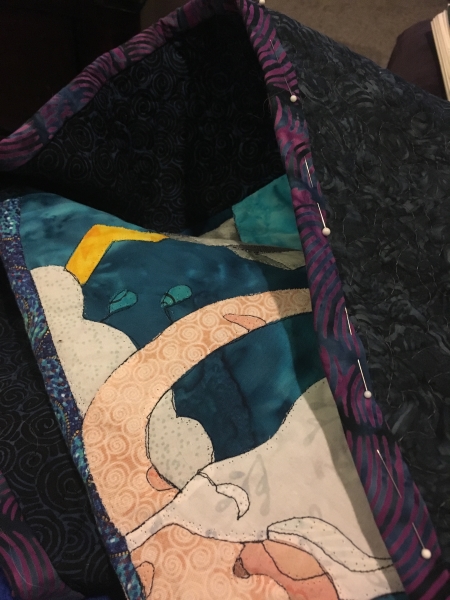 My couch partner. He was quite happy when I sat still.

Unfortunately for him, I suck at that. I eventually made it up off the couch again, after 10 PM, and started tracing freakishly small pieces of spine and ribcage and metal structure. 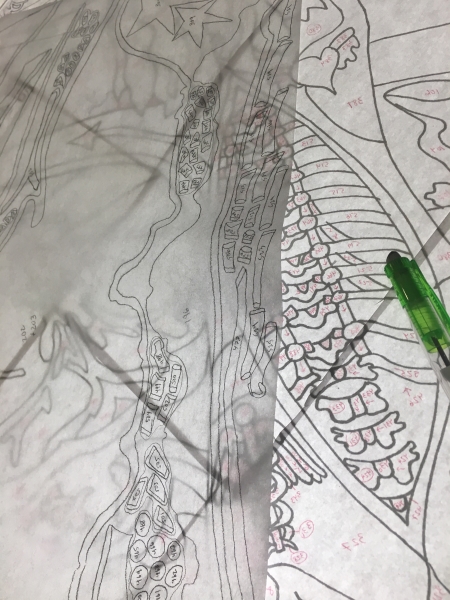 I’m about 7 1/2 hours in and honestly? Almost done with the tracing. I think I have about 100 pieces left…or 120. That’s an hour or two. The little ones go faster. So hopefully I’ll finish tracing tonight and start cutting pieces out.

Meanwhile, from Tuesday’s drawing, there’s this little rodenty thing. I didn’t draw him with a purpose…was thinking mole and then he got a tail, so maybe mouse, or I don’t know what. Little mammal thing in a hole. 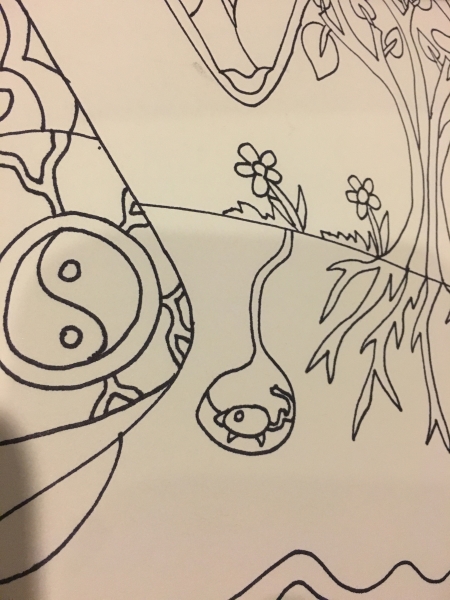 Julie didn’t like that he didn’t have ears, apparently, or that he wasn’t biologically valid, which is amusing, because absolutely none NONE of my birds are real. Seriously, I just make that shit up. It must be obvious. But now I have this… 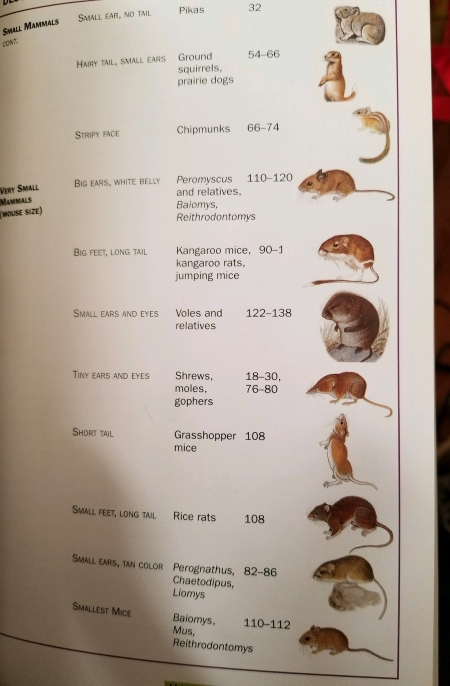 because she sent it to me for future reference. I’m amused because this is a drawing about us getting nuked to oblivion due to our idiot president’s penis size (sigh), and she’s worried about that thing having no ears. I researched nuclear bombs and umbrellas and the rest was just random drawing. Filling space. And I’m months away from being able to make this quilt.

It’s fine. I’m amused. Now you know how much I research…sometimes a LOT, sometimes nothing at all.

Girlchild has finally found the wifi and time to post on her blog…check it out. And now I’m off to another parent meeting and day of teaching, luckily without the meeting at the end. And then art…really, after the gym and reading my book, but art.

One thought on “And We’ll All Float on OK*”