I’m a little slow today…Saturday mornings should involve sleep and multigrain pancakes and some book reading and the petting of furry beasts. I did already check my batting and backing stash and I have enough for this one…so I can sandwich it on demand, whenever I finish the stitch down. I still need thread, but I can do that tomorrow. I have stuff I can use for the outlining…just the background is that weird brown color and brown is not something I usually use.

No, I didn’t get anything done on it yesterday…yesterday was tiring and then we gamed…yes, I do sew while gaming… 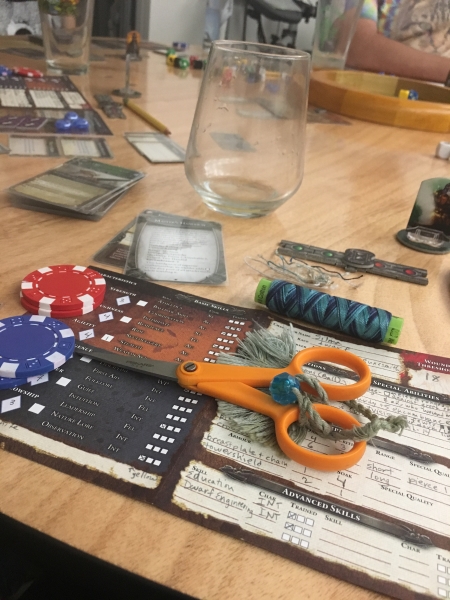 Especially when I’m really tired, because it helps keep me awake and focused on the other stuff. I have a brain that requires multiple levels of entertainment. 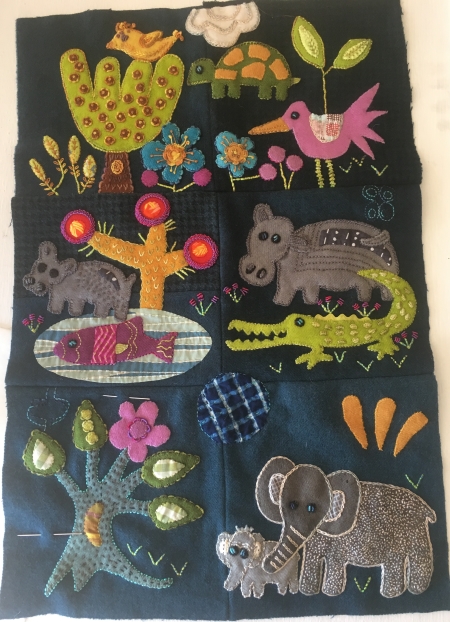 I really love how this is turning out. I finished the seed stitch all over the elephant and then embellished the moon. 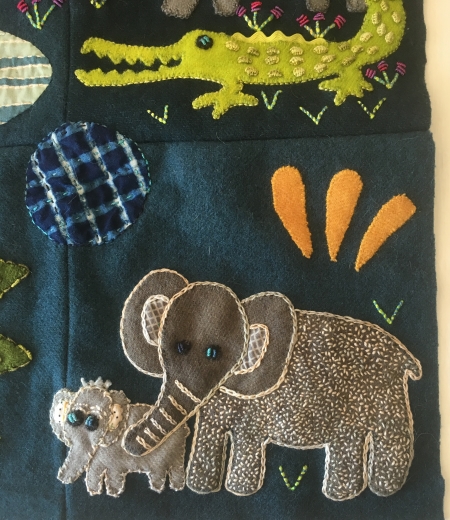 All I have left is those weird flowers and May is done. I’ve been getting April ready to go…one of the three blocks is ready to be embellished. The others still have some wool stuff that needs to be stitched on…just little things though. Then I’ll try to do the months in order. I promise.

So I’ll start stitch down in a little bit…I was trying to deal with some work stuff this morning. And getting the kids home for the holidays. And considering how to get the girlchild to Madagascar, assuming that’s where she’s going in Spring. Talk about a hellish flight situation. Anyway. All that is done. It’s good. It was weighing on me. I’ll still have to deal with the international stuff once we have confirmation.

Someone asked about the symbols on arms in the new piece…some are pretty obvious. The others might not be.

The female (teacher) figure has an apple and Teach America…pretty blatant. 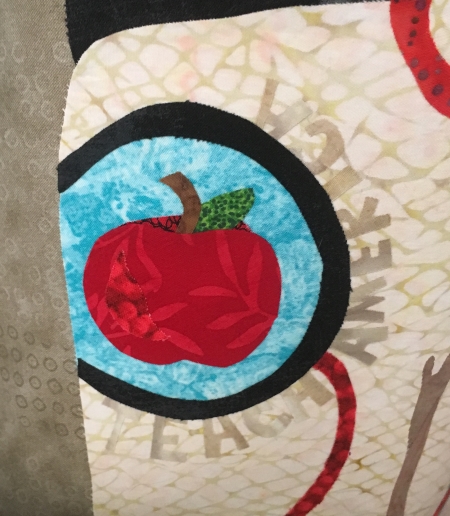 And a peace symbol. Because. Yeah. 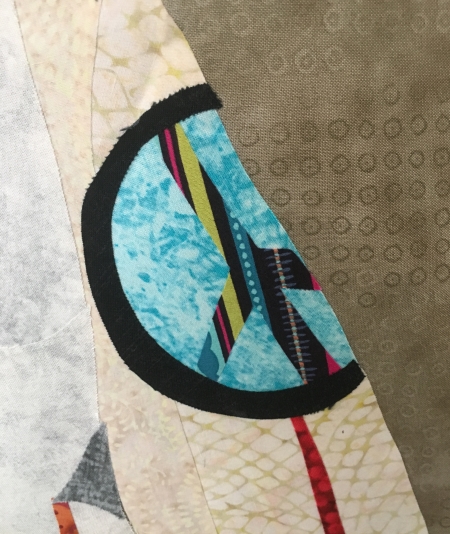 The male figure has a rifle sight image…I found a lot of versions of these online. 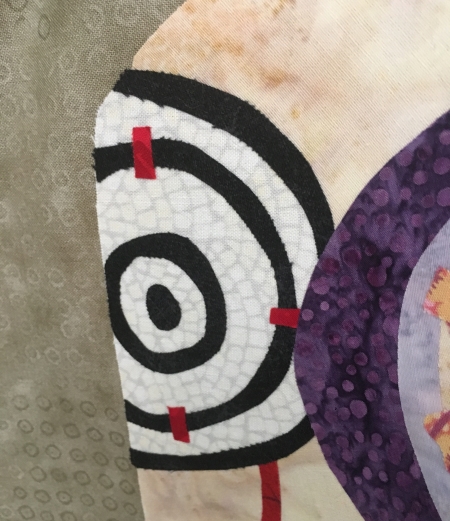 And one of the NRA logos. Their lobbying for gun rights here are unfortunately very well-funded. 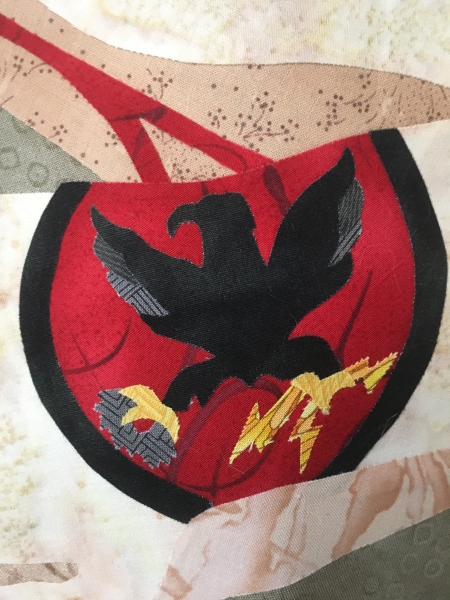 This is another gun sight. The gray arm in the middle is trying to protect her, but obviously failing…gray for neutral. Because I think the American government is refusing to take a stand (it’s too political) and yet wants to protect the innocents from these shootings. But it isn’t doing (really) anything to make that happen, so they might as well be placing gun sights on all those populations that keep getting targeted…schools specifically, because that’s my own regular experience with these conversations. Talking to 12-year-olds about guns at school. Giant ass sigh. Not teaching science, but death avoidance. 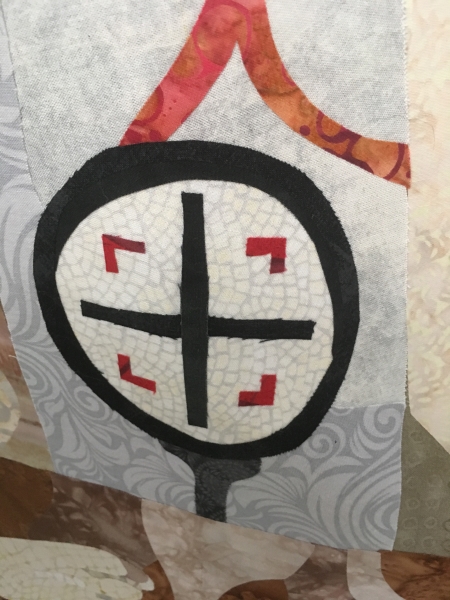 But the government, in refusing to act against big lobbies and gun-happy populations, to do what is best for everyone, with evidence from other countries who HAVE limited gun purchases, have placed those gun sights on many groups…people of color, those in the wrong place at the wrong time, victims of domestic violence, people who just happen to be in a theater when a crazy person who got hold of a gun got pissed off, or a business where someone worked and got mad and got even. Sigh. Seriously, America, get your priorities straight. Humans over gun rights. Hands down.

OK. Gotta get some work done.

Sometimes you just need to walk away from your day job...and all the other jobs...just for a little while...
I just finished my video for @quiltnational, featuring this quilt, Fire and Water...I’ll let you know when it gets posted. #artquilt #quiltart