I’m in between major to-do tasks at the moment, trying to decide what to do next. I have an errand to go out and do…they put me on insulin on Thursday and prescribed this pen thing, but apparently it needs needles, and those are also prescription. But they didn’t give me that prescription. And the pharmacist didn’t say anything about needing them when I told her I had never used this pen before and could she explain it (she didn’t). Sigh. Not impressed at the moment. Anyway, I have to go get needles now, but I’m waiting for the prescription to process. Meanwhile, whether my pancreas or my gall bladder or some alien who has taken over my innards is the problem, we don’t know yet. Waiting on blood tests and an ultrasound, which I will be missing school for, but it can’t be helped. It does mean I’m really scrambling this weekend, trying to finish grades and replan the week so my students can do stuff without me. Maybe. I barely understand this unit myself, having never taught it before, so this is a bit of a clusterfuck, but we’ll get through it. Hopefully the guest teacher knows something about science. Ha! They rarely do.

Interrupted by the girlchild. Her replacement phone is defective. From the last replacement phone. So I’m on the phone with AT&T, negotiating how not to pay for any of it, but get it there in time for her to do a phone interview. OK. Not on my to-do list.

So my stress levels are through the roof. I’m surviving by making lists, checking things off, and trying to get some art in at the end of the day just to keep me sane. And petting furry beasts. They’re good. Here’s one.

This is NOT one. This pumpkin was left in my classroom and I did not want it to mold over the weekend (it’s about 90 degrees here), so I brought it home. In the car. Yes, now I have beads all over the damn car. Why? Because I forgot to put the head’s seatbelt on.

I was grading things last night. I am greatly looking forward to the National Park Project from this kid.

Really. I’m thinking it will be completely riveting.

Grades are due Tuesday. I’m not getting everything done by then.

This quilt may not get done in time. But that bird is done. It’s a tern. Or a plover. I’m thinking the tern. 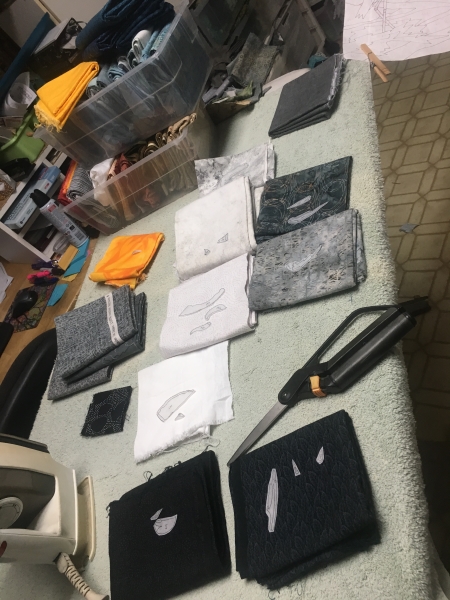 I also did the water and the sky. And then it was bedtime.

Mostly. I’m not even in the 200s yet. I seriously thought I would be done by the weekend, but life, school, health, and a stupid field trip got in the way.

With Katie gone, Calli can wander around with toys in her mouth again. She’s happy. 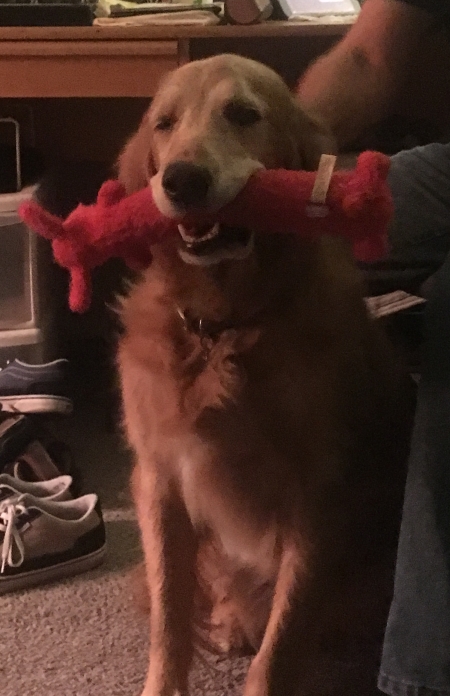 And this one was happy too.

OK, so I have to go get needles, finish grades, figure out how to hang a quilt that I’m delivering tomorrow, plan for the school week, write two sets of sub plans, finish the warmups for the following week, probably find a jacket for next weekend, maybe learn Swahili. Because I don’t have enough to do. Hopefully solve this gut problem before I go (that would be nice). I got the fasting blood tests this morning. They will show whether it’s the gall bladder or an alien. Much as I’d like the alien, just for the interesting interactions that might come out of the encounter, I’d really like it to be something solvable and easy, preferably non-surgical. OK? Universe? Listening? Thanks.

3 thoughts on “Yo. Universe. Listen.”