I left school yesterday and went to an art opening instead of straight home. It was a good choice, even though I’d walked so much during class, dragging trays of sand and water back and forth from the classroom like some sort of crazy piece of construction equipment (couldn’t the robotics class make me something that would do this?). And tutoring where this one girl I was trying to help with the most confusing math website ever, and I would ask her questions and she would say “No English” but she knew enough to tell me she speaks Pashto. OK. I can’t do that. I tried German and Spanish and she looked sadder and sadder, and I stared at the math website, trying to figure out what it wanted, but it made no freakin’ sense. Teacher fail.

Today is another, different lab, this one with crayons and hot water (could be a mistake…nah, it worked pretty well last year). We’re frantically trying to plan the project that starts next week. I feel buried and overwhelmed. Still. Ugh.

So the art opening was at Grossmont College and is up until Oct 26, and includes two artists I like, Cheryl Tall, whose piece here is Casa de Manos… 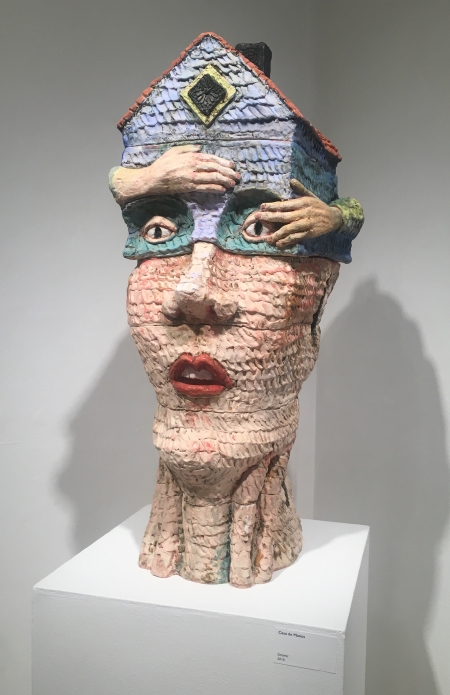 I never made it back into the room with her work to take more pictures…you’ll have to go check it out. Very impressive.

And then Gloria Muriel…whose mural art has been on here before. But this is a tiny little watercolor drawing. This is Deer Memory.

A much larger piece, Woke Up From a Mayan Dream… 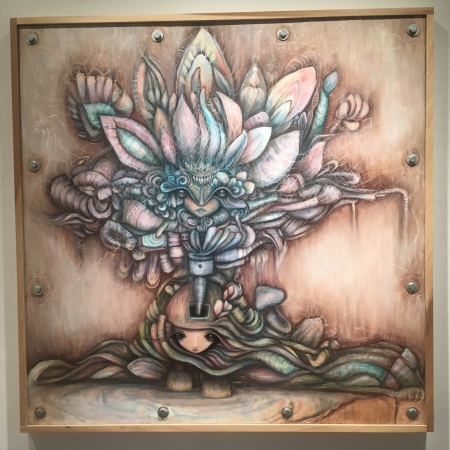 And Florentina, which is smallish and beautiful.

Despite my exhaustion, it was a good stop to make. Home to an empty house (well, there were cats and Katie)…I graded stuff for a while. And then started numbering this thing. I took a break in the middle to check in with the musical guy who lives here (he eventually showed up after practice)…but then finished up before bed. I wanted to be under 1000 pieces, just for my own sanity (there is a deadline on this thing), and I was.

991 pieces. Unless I fucked up somewhere and double-numbered something or skipped a whole bunch or just didn’t number it…all of which I do on a regular basis, so I don’t know why I set such importance on that number. But 991 pieces it is. It sounds more doable than 1001. Just barely. It’s a place from which I can estimate time.

I’m also hoping that I numbered it more logically than usual. I did all of the background and then the body and then the swirls of water. It will be interesting to see how that works out. 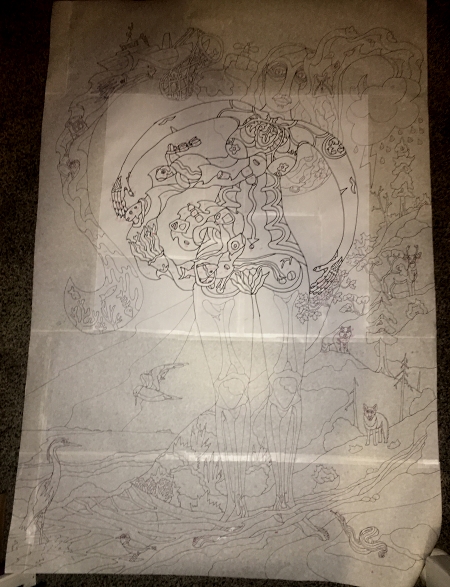 Anyway, I can start tracing Wonder Under tonight. Then there’s probably 10-12 hours of tracing to do. Maybe by the end of the weekend? Hard to say. Depends on the next few days…

Oh yeah, I got my staff ID yesterday. Mine is better than yours.

Really the best part is when I have to use it to get a teacher discount and I pull this out (or any of the last three) and the cashier tries not to show their hilarious dismay. Yup. That’s the best part.