January 2018. Thinking about politics and shithole nations (oh man. Racist much? Does he not know that in general, Norwegians don’t wanna move here? Are people that clueless about race and socioeconomics and why people immigrate?) and upcoming taxes (is there any point in saving receipts for deductions any more?) and the upcoming 1 year anniversary of the women’s march. How to change my pussy hat up to make it more intersectional. It did have a vulva on it last year. Yeah, I’m marching again. Same group of three that did the science march too. We’re still here. We’re still pissed off. We’re still being marginalized, less so as a white woman than as a woman of color or a nonbinary or a trans woman or all the other permutations. But still listening to white male politicians tell us our place is not at the table. I actually had a conversation with my 7th graders this last week about white privilege and male privilege. There’s a piece of my art brain that’s bulging with ideas about this, but needing to know exactly what I’m saying and am I saying it out of privilege? Or what? I can’t tell other people’s stories. Although I often tell a general story; not all my art is personal narrative. So there’s that. Brain is stirring all these ideas around.

Shithole nations…seriously. I’m so offended by my own race at the moment. Honestly, the vast majority of my white friends are just as offended, but there’s a few acquaintances who are missing some connections. I’m sure there’s a few who never voice their opinions, but think it. Sigh.

I’m exhausted this morning. I have a spike embedded in my forehead above my left eye (I just had to close my eye to try to figure out if it was my left or right eye…I’ve never been good at left and right). The day is warm and I have 7 thousand things that need doing. Now there’s a vise squeezing my temples…and my neck is frozen in place. When is the next chiropractor visit? I’m thinking it’s a long way out.

And yet, here’s Kitten. She really is better at life than I am. 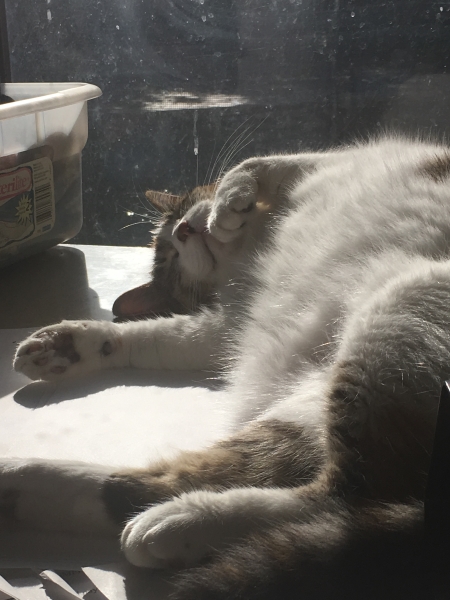 My gradebook calls. I have shit to do in there. I did some last night when I got home from work, before I went to gaming. I think there are 39 emails left. 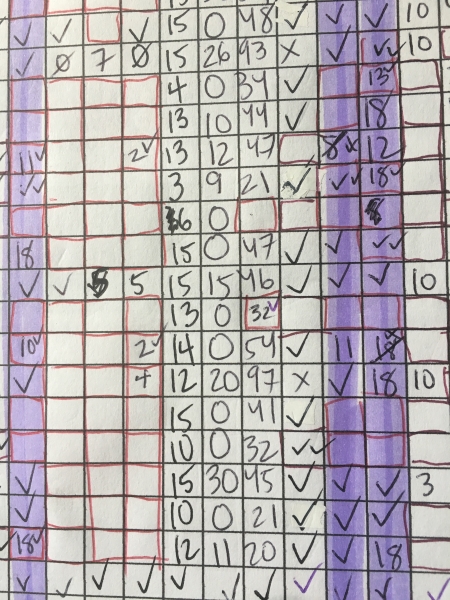 Late work. I’ll get there. Really, Calli, I’ll get there. I was awakened this morning by the squealing of the girlchild, who is now asleep again. Ugh. Then Calli crying. I know girlchild let the dogs out to pee, but they want food at some point. So I did that. And once I’m up, I’m up. I don’t go back to sleep. I know the boychild is up, because he came in with Simba, but the other two dead bodies are still snoring away, wrapped up in blanket cocoons. Must be nice. 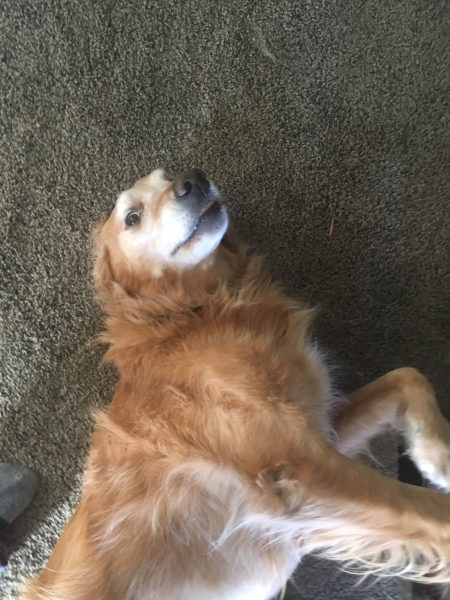 No, I’m not bitter at all. Laughing. I get to sleep in tomorrow, when the dogs are all gone. And so are the kids (not that the boychild is noisy…he’s not).

A herd of balloons. Don’t even ask. It’s my prep room at work. 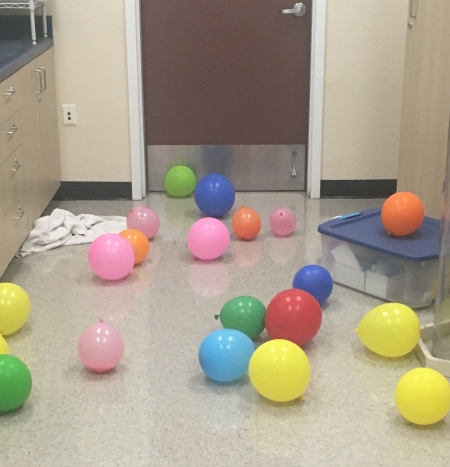 Gaming. That’s a lot of stress and fatigue I’m collecting over there. I worked on the tree the whole time. If I don’t stitch, I fall asleep. I gave up the comfy chair so the two guys with fucked up ribs and backs could be comfortable. Sigh. I guess I’m never comfortable sitting at a table anyway. True. I’m not. 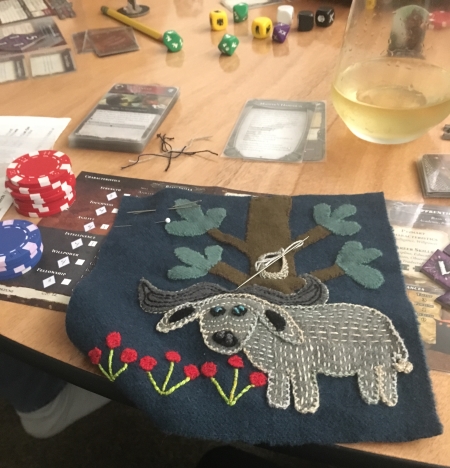 It’s still not done…needs brown things around and in it. But that’s a nice trellis stitch hole in the tree, isn’t it? I think so. 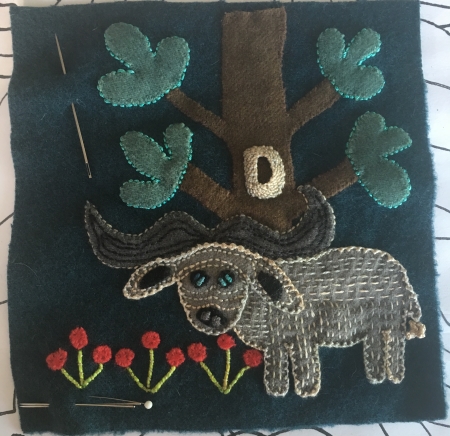 I have a huge list of stuff I wanna do this weekend. I love that I have these three days after the first week of school. I might almost feel human by the end of it.

I’m going to finish the drawing I’ve been working on, I’m going to sew bindings on those two little quilts I had lying around, I’m going to do the stitch down on the other quilt top and hopefully get it sandwiched for quilting. I’m going to set up my composters. It’s possible I’m going to fire my pool guy for never showing up and find a new one (that’s a pain in the ass). I’m going to some art openings. I’m going to read and exercise and eat decent food and get some sleep (maybe…that one I can’t guarantee).

But right now, I’m going to get more tea in me and take some meds for the headache. It’s probably weather related, but I certainly don’t need to carry it around with me.

My best present this year...time with these crazy old people who made me the crazy not-as-old person I am.
Lessons Learned: I don’t really think of them as lessons learned because I’ll still repeat things even though they aren’t the smartest (too many pieces, complicated designs), but back in the day (early 2000s), I made art quilts with hand appliqué. Now I use fusible and machine stitching, so I can go big and complicated and finish more than one quilt a year 😂. But I still love hand appliqué. Also I can’t keep up with #igquiltfest2021 #igquiltfest #igquiltfest2021day7