Today is the official start of the school year…you know, the part where you realize on the first day that (a) you are woefully unprepared, even after 14+ years of teaching and (b) that kid who is already annoying will never ever ever be absent. I met and freaked out my first student yesterday. He shook my hand. That’s nice. No really, it is. In general, I really like my students, even the truly annoying ones. When they ask if I missed them, I say “Every day.” Well. Not for all of them. I am brutally honest with some of them, but once they’ve been with me all year, they would expect nothing less. But today…today I just mispronounce about 140 names and try to start memorizing faces. Honestly, though, if I remember a kid’s name on the first day, they were highly notable in one of a few ways, none of them probably good. I do forget them over time, though. I always tell the kids there will be someone else like them in the next year, so one of my old students that showed up yesterday wants me to introduce her to The New Her. Because she thinks they can be friends. I love that. Not upset that she’s not supremely unique…just wants to make friends with herself.

Anyway, we try to start every year with the right positive mindset, to make sure the stuff that always drives us bonkers won’t do that this year (ever hopeful)…meditation and mindfulness has been incredibly helpful with this, although I still honestly suck at it, I think.

I did good yesterday. My room is mostly done…

I’ve got more fussy bits to do, adding pictures and putting labels on folders. Fun stuff.

And then I went to pick up my quilt from the photographer…I’m still debating the name.

As always, they’re better in person. 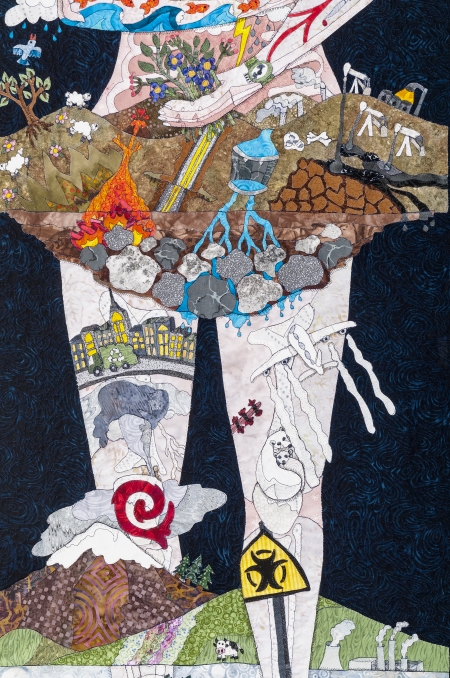 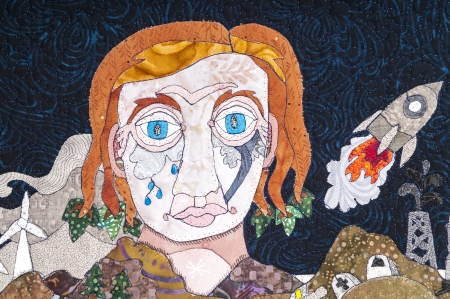 Mostly because there’s a deadline right after it… 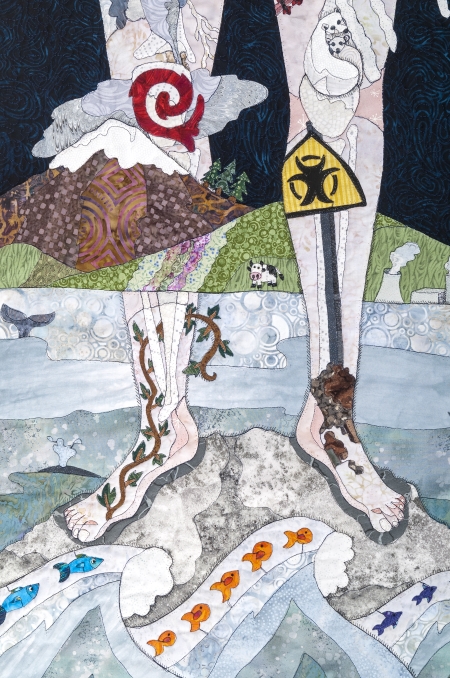 It’s the smallest and least complicated quilt I’ve made in many a summer. Evidence that the summer was large and complicated.

Made dinner and did two nights’ worth on this…the green feather stitch and red double lazy daisies on the top. 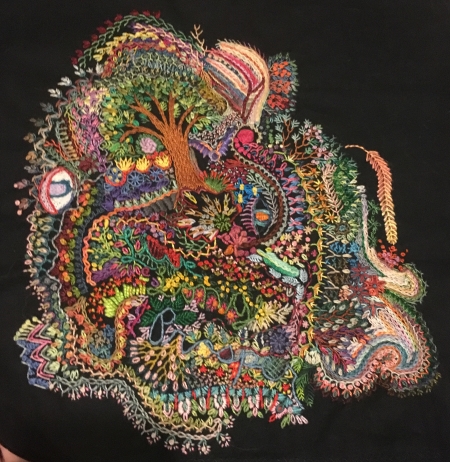 With both kids gone, I have a lot of animal interaction… 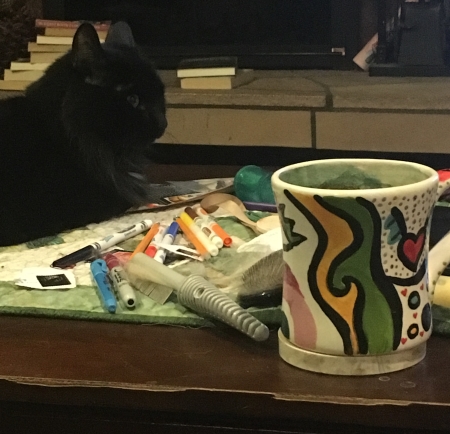 She knocks everything else off, but generally leaves my teacup alone.

So I have the next deadline. The drawing has one part done. It’s been enlarged and has been sitting around since the beginning of summer, I think. Not that it’s done any good, because honestly, I just throw a bunch of images and shapes and ideas around in my head until it all makes sense. Sometimes I do a bunch of preliminary drawings, just to figure out where my head is going. But last night, I finally sat down with one of the many images in my head and started drawing. 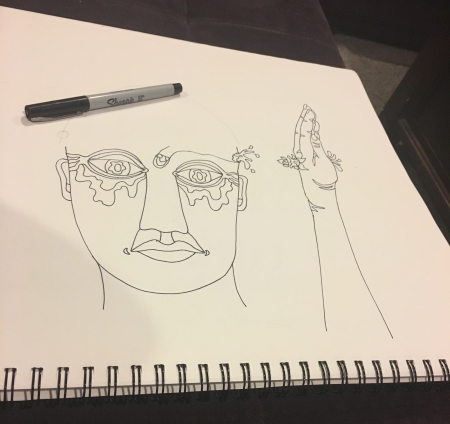 I got schooled in bullet shape post-shooting, which is fine. I’m actually OK with not knowing what they look like afterwards, but I did change them for the drawing.

This cat has partied too hard. 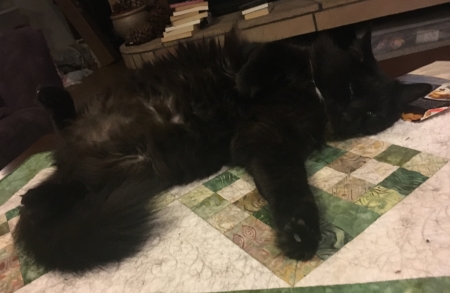 And I got to here. I need to enlarge it and combine it with the other piece to figure out what else is going on. 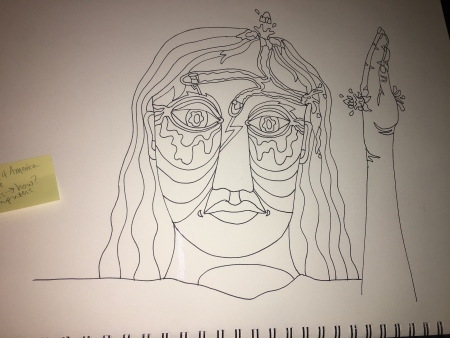 But by the time I got to that point, the copy place was about to close. I knew I couldn’t get there in time, so I’ll do that after school. The post-it has ideas for what else needs to be on there. Now that I have this, I can try some other stuff out in my head.

So it wasn’t bedtime yet…and this drawing wasn’t done. I think it is now… 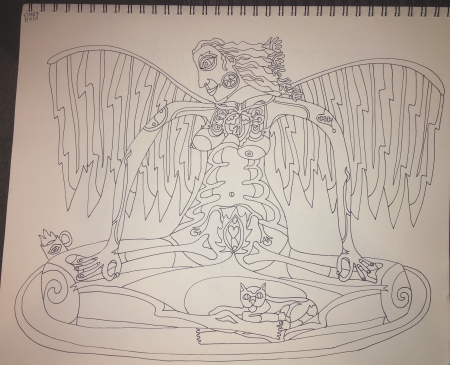 I like how it turned out. She’s way mellower than I feel. Then again, she’s not starting the first day of school in an hour. So hopefully I’ll be drawing again tonight. That’s not a bad place to be.

One thought on “Both of Us Searching for Some Perfect World*”