Normally, I’m totally aware that a break from school is coming up. I’m all talking about it the week before, making lists of what I’m gonna do, planning for it, getting ready. Yeah. Well. It starts today at 3:45 PM and I’m just now realizing it. I’m so buried in school stuff, I’m having a hard time getting my head up to see the calendar. Plus, doesn’t it feel like Thanksgiving is early this year? It does. I’m not ready. I’m really not. I actually want to stay at work for another week, so I can be more ready to take time off. Sounds crazy, but all the planning and grading that I could get done in another week? I’d be more prepared to take time off. As it is, I’m going to be working my butt off next week on art and school…which is fine, because I got to go to Boston and I’m going to Arizona tomorrow…that’s more traveling than I usually do.

Boston, by the way… 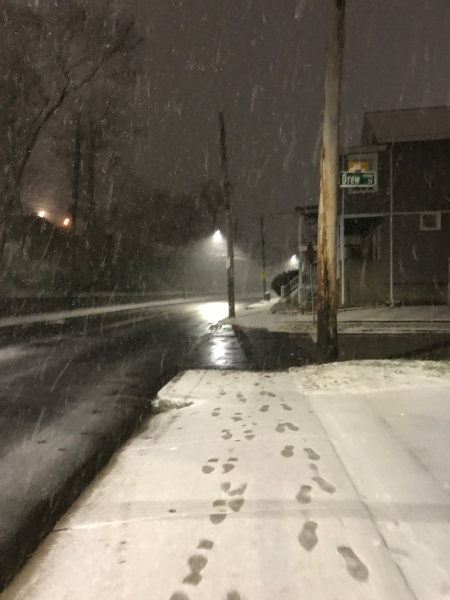 Well, that was Waltham anyway. Guess I left just in time, if being cold was an issue. Sorry, Northeast…it’s still pretty warm here. Not at night, but even at night…it’s still warmer. My heat has been kicking on in the morning, so the house is under 65 degrees. I know, stop laughing, but when I left the gym yesterday, it was a smack-in-the-face cold that I wasn’t expecting. It was probably 10 degrees warmer at my house. Weird.

So yes! I made it to the gym. Gotta keep that habit going. But then dinner was haphazard and late (need to plan better) and then I was trying to create lessons for after break, and I was missing one file, maybe two that I needed. So frustrating sometimes to try to do this. I’m not piloting the curriculum, but I’m trying to stay on the same page, so once we get OUT of the pilots, we’ll be in the same place. It makes me want to bang my head on a table sometimes.

It was almost 10 PM when I realized…it’s almost 10 PM and I was going to cut out all this stuff. Sure you were. I got about an hour in and realized my head was nodding and my eyes were closing. This is not working. I am nowhere near done. Well, I’m closer than I was an hour ago, I guess. Think positively! 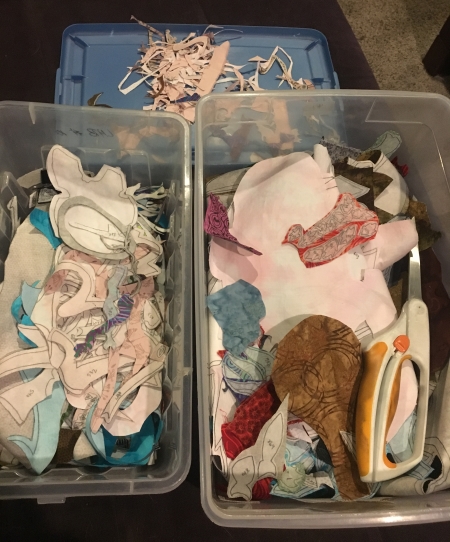 That pile on the right still needs cutting out. I’m going to work on it tonight and then maybe take it to Arizona with me. This quilt is so frustratingly LONG at the moment. I know it’s me, though, so that’s even more frustrating. Sigh. It will be awesome when it’s done. If it’s done. I honestly have NO IDEA what I’m working on next. Laughs hysterically. OK. I know there are some shows I was interested in, and I have a deadline in like April? For something I haven’t even thought about. So there’s things I can think about, but not for about 2 weeks. I have less than 2 weeks to finish this. Fuck. OK. It’ll be fine. It’ll get done, one way or another.

For now though? I need to go to my day job and persuade kids to finish all their work before they take a week off, because they don’t want to work next week any more than I do (I will be working next week…catching up with grades and planning). I am looking forward to long hours of artmaking though. Ironing and stitching down and quilting. At some point, I will have the guts to look at hours from a previous quilt and try to figure out the insanity of next week. But not now. Now I’m going to school.

One thought on “Figure Out the Insanity”