Happy Day after Thanksgiving, the day that splits your friend/family groups in two: either you avoid shopping like the plague or you’ve been doing it since midnight last night. I am the former. I need cat food, though, so I might venture out for that. Maybe. And people food. Although I currently have a turkey in my oven. That’s because I will get no leftovers from the two Thanksgivings I went to, and that’s fine, but I want turkey sandwiches for the next two weeks, and there’s only one way to get that: cook it yourself. It’s easy enough. She brined for a day or so and I tossed her in the oven this morning. I need to make biscuits for tomorrow as well (to go with the poop emoji rolls). But that’s easy to do.

So my monsters (the ones I birthed) met in Ithaca, NY, for the Day of Food, and I asked for good photos, but didn’t get any of them together (sigh), but got this… 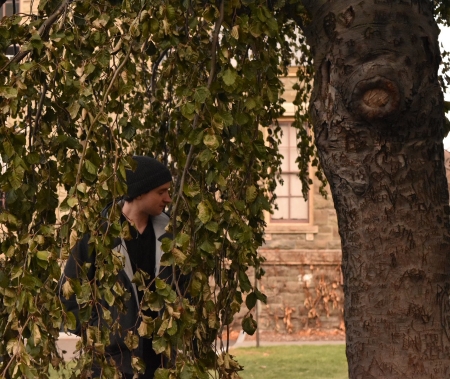 Well. I guess that’s something. They did a great job of making a Thanksgiving feast, although the girlchild used to make pies from scratch (something about a 6-hour drive each way and an essay being due)… 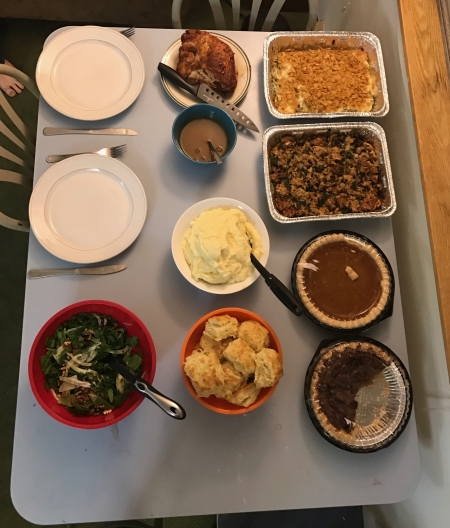 Then, like I said, 3 hours of grading. With this guy. No I’m not freakin’ done. Sigh. This one project is taking hours to grade. I’m going to do more tonight. Or at some point today. Who knows when. It needs to be done by Monday. 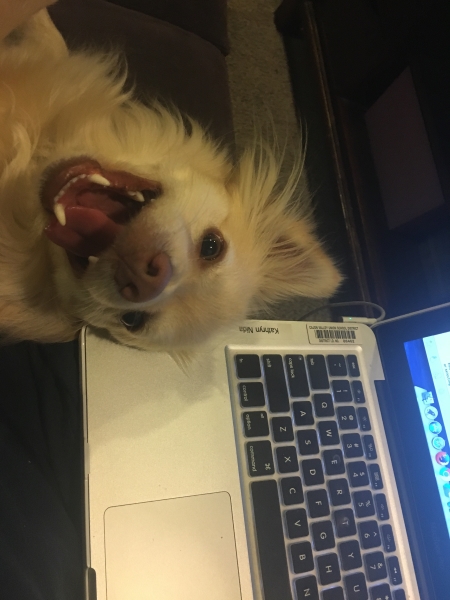 So this is all I have left to iron, less than 100 pieces, but it was late and I was tired (it was after midnight by then), so I gave up. Today. I swear. Sometime. 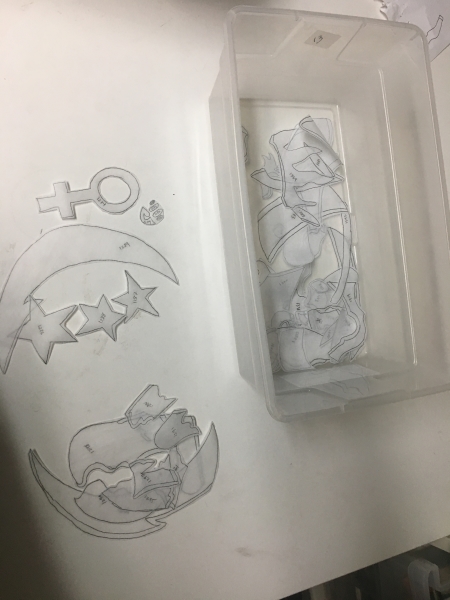 This box keeps getting fuller and fuller. More and more full. And yet I’m not ready to cut them out. I’m starting to panic on timing.

I will do what I can…it will hopefully get done. Along with everything else. Maybe I should just stop sleeping. Or hanging out with people. Or both!

He’s such a dork.

I keep forgetting to put this link in…this is the blogpost about the show I’m in at the Rose Gallery. I have to write it there, and I don’t want to write it twice…sorry. You will have to go to the link.

Anyway. Today I bust my butt to finish all the things, realizing fully that this will not happen.

*Flock of Seagulls, I Ran (So Far Away)