I never get as much done on a day off as I think I can. Somewhere in there I lose about 4 hours and then it’s dark and dinner time. I can’t really explain it. Time travel or something.

Anyway, most importantly, I walked the dogs yesterday. It had been a while, just because of the weather and the time change and life in general, so I tried to walk them into the ground.

The puppy was tired about halfway in, but he always gets a second wind when we start back.

And very few people on the trail…

Mostly they were all at the beginning of the trail having their holiday card photos taken. Apparently a popular spot.

I wanted to tell the one girl she was probably standing in poison oak, but whatever.

Certainly if she stood on one of those gourd things with her spiked heels, she would never get the smell out. 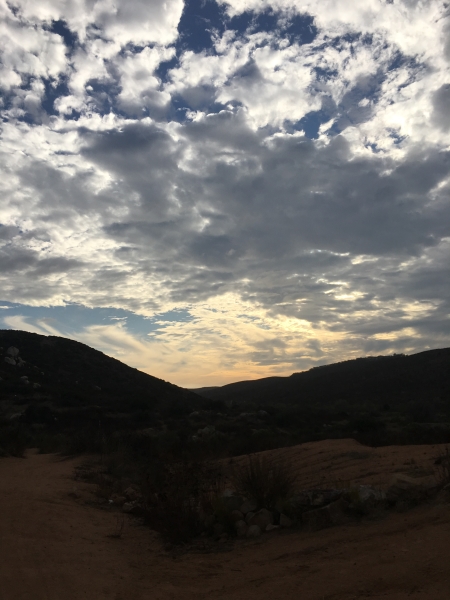 I have no idea why these are flagged…

Maybe there’s seeds in there? I just don’t know…

Anyway, the dogs were tired out for a bit. They were very excited to be walking, so that’s a good thing.

I did something on the left. I used to be so good about telling you what stitch and where and what color. Not so much by day 314 apparently.

Then back to the tracing. This photo is for Sion…because yeah, they are smaller than my fingernail. I could stitch them or paint them or whatever, but I don’t. I cut them out of fabric.

I am aware of my insanity, yes.

So I finished…8 yards total…here’s 5 of them…

I got one cut out last night, the easiest one, the one with a big empty space on it. Calli was supremely helpful.

It took 15 1/2 hours to trace everything. Usually it takes less time to cut out the Wonder Under. 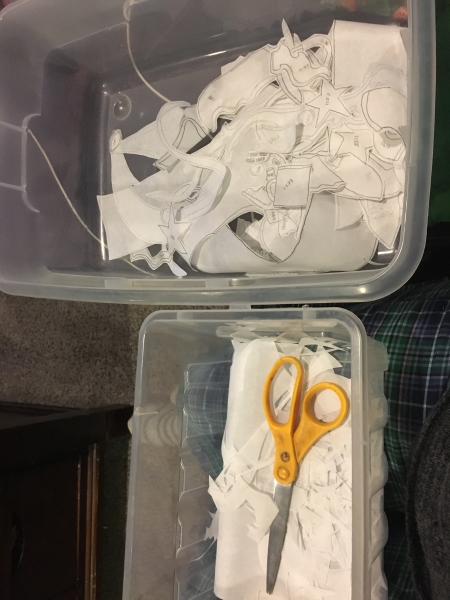 I want it all done and sorted by next Saturday. It seems doable, although I do have a bunch of stuff to deal with this week.

Supposedly I am hiking today as well, but it might mean bouncing someone out of bed. Which seems mean, because I got to sleep in yesterday, but…with the day ending so early, it’s gotta happen sometime.

I’m really excited about this quilt. I think it will be very cool looking. I can’t wait to see it.

*Florence and the Machine, Dog Days Are Over

My best present this year...time with these crazy old people who made me the crazy not-as-old person I am.
Lessons Learned: I don’t really think of them as lessons learned because I’ll still repeat things even though they aren’t the smartest (too many pieces, complicated designs), but back in the day (early 2000s), I made art quilts with hand appliqué. Now I use fusible and machine stitching, so I can go big and complicated and finish more than one quilt a year 😂. But I still love hand appliqué. Also I can’t keep up with #igquiltfest2021 #igquiltfest #igquiltfest2021day7