Everything takes too long. Everything you don’t feel like doing or don’t want to do, it takes forever. It actively gets in the way of the stuff you wanna do. It’s like a large man in a smelly suit standing in front of the dessert menu. Seriously. Move it, dude.

I worked last night…grading stuff. I have to. It needs to get done.

But I couldn’t do it forever. I still don’t have the mental space to draw. I don’t know when I will. Soon I hope. Time is dribbling away in days. Watching the countdown on my phone. Crap! Holding onto 17 daily tasks that pop up on the phone and then I still forget to do them, slot them into the calendar for the next day. Hope I remember them eventually. I start ignoring the reminders. Not good.

So I guess my yearbook alter ego for this year isn’t quite right. Oh well.

This is blurry. It’s not your eyes. I did some stitching under (on top of?) the eyeball.

This is the only exercise this thing is getting right now. Me too. It doesn’t help when it’s 100 degrees out.

So I gave up and started ironing this at 10:30 last night. I couldn’t do anything else. I figure I can iron it to fabric and then it can sit around for a while again.

Hopefully when I get done with ironing, I’ll have a drawing brain. 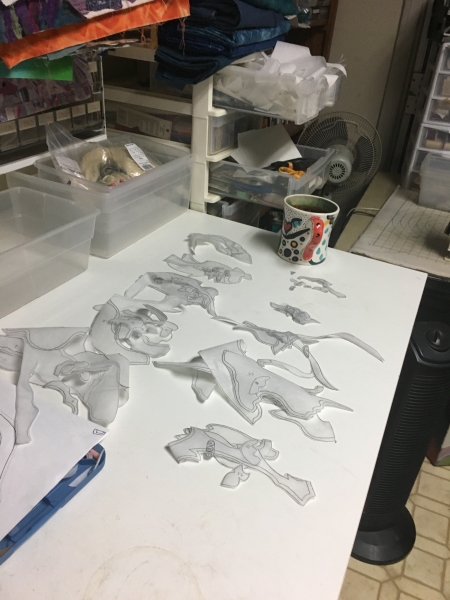 I didn’t get a lot done…remembered I had to put all the other fabrics away, and then got lost in trying to make the blues work. 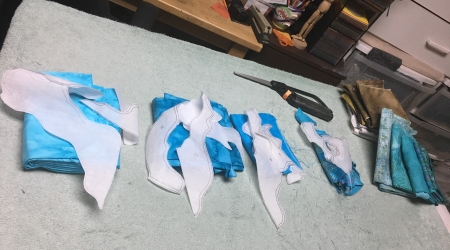 It’s where my brain goes when school is too stressful. I’m not even sure why it’s so bad at the moment…too much stuff to do? Pressure of being observed by someone you don’t even know (that part sucks)? Who knows. 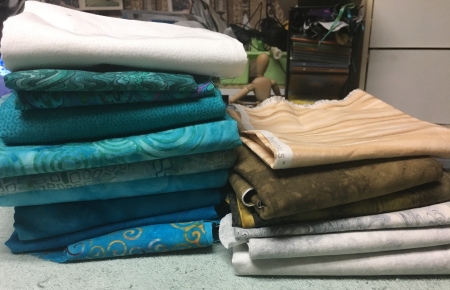 She waited until I found all the blues I needed before she plopped her fat butt in there. Good thing.

OK…meeting before school…maybe too many meetings is the problem? Could be.

*A Fine Frenzy, Think of You