Rough morning. Sleep in the heat is always difficult. And there are additional night stressors, like the cat who wanted to clean her butt right by my face because she’s feeling anxious. And when it’s over 100 degrees, furry animals right next to you are delightful (ugh). But I know they’re all needy babes at the moment, so I pet them all. 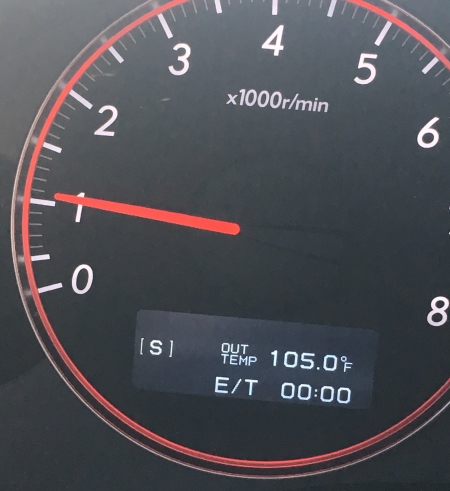 And when it’s really hot out, you should move furniture, by the way. And books…piles of books. And then cook things. Over a stove. AND with an oven.

It’s fine. I do OK with sweat as long as I can cool down occasionally. Eventually it will cool down again.

I did two nights’ on here, down in the bottom left. I decided I wanted to get that section filled in, so I did a chain stitch in a light blue and then a wavy buttonhole in the orangey-red color. I like that bit.

We were watching Sense8 while eating and this guy’s shirt fascinated me. I especially like the blue/red ferny things about a third of the way down. So we had to rewind a couple of times so I could get the idea of them… 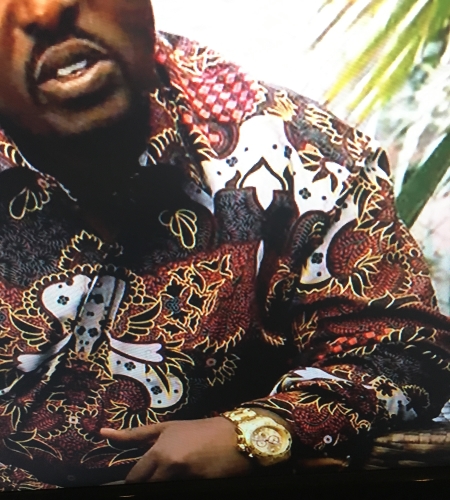 I don’t know what I’ll be doing with that…

While we finished watching, I was sewing more of this down…because when it’s over 100 degrees , that’s the best time to work on a wool quilt. You know. 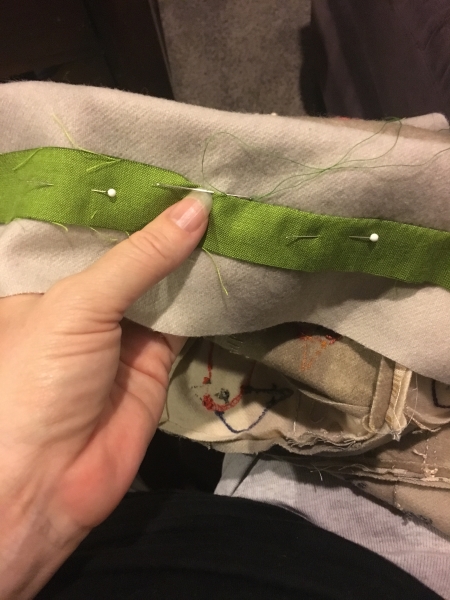 And then I sat back and watched more Hinterland, always interesting just because I lived in Aberystwyth for a year. I often yell out (in my head), hey! I know that bit of road! Although the art department was in the wrong place. Maybe they’ve moved it? Or maybe there really is a printmaking studio up there…who knows?

I cut stuff out while I was watching (and thinking) all that. 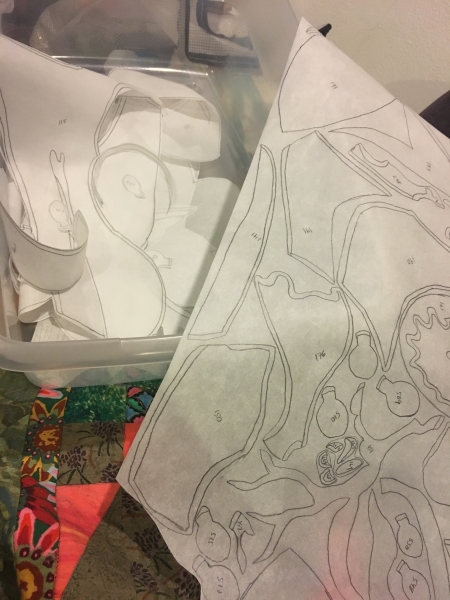 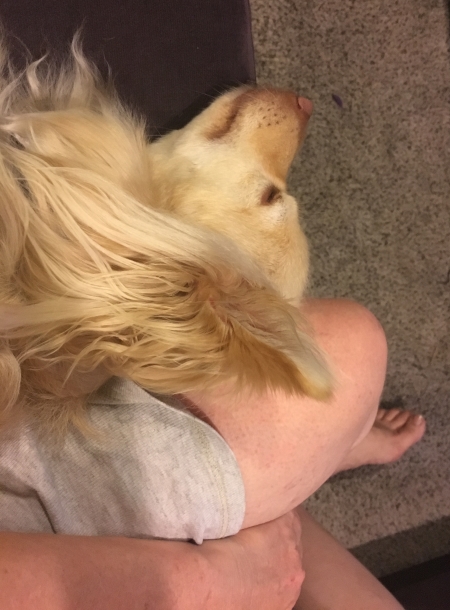 I did a couple of hours…that was my goal, so I met it! Whoo! I can’t promise I will on all the other nights though. Gotta fit a gym visit in somewhere. I think I cut out 2 1/2 yards, minus those pieces under the scissors. 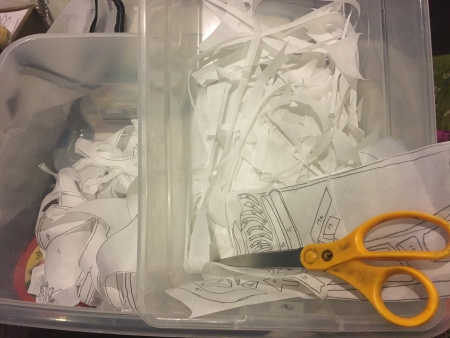 Pile of Wonder Under is NOT moving. Cat is. Hence blur. 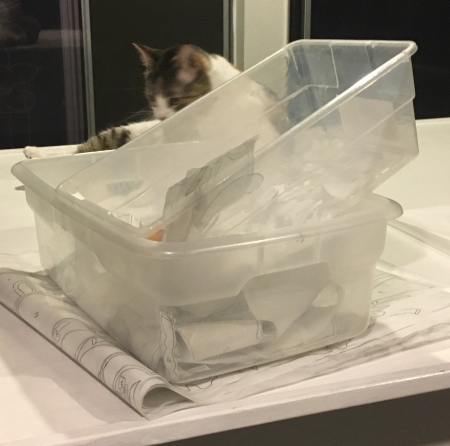 You can tell I’m still not very awake. Probably gonna be this way for some more days…between the heat and the additional cat stressors. It will all get better soon. Just don’t expect deep thoughts or complicated math out of me any time soon.