Well hello this morning. It is my first official day of summer vacation, with no work alarm clock this morning (although between the trash trucks, the boychild, and the puppy, plus the incessant cough I seem to have developed, there was no hope of sleep). I am still short sleep. Still stressed. Still got too much going on, but at least school is out of the picture for a while. That should help.

Saturday I went to an opening, mostly so I could see my own work hanging in the gallery (I missed the opening for my stuff). I wouldn’t expect my work to do well on a brick wall with a vintage couch, but it does… 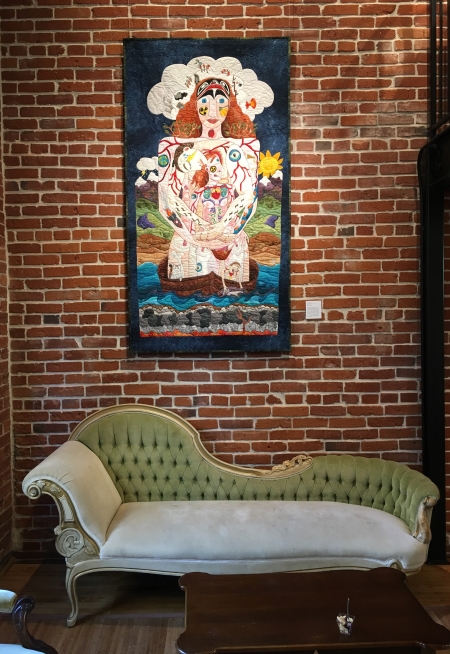 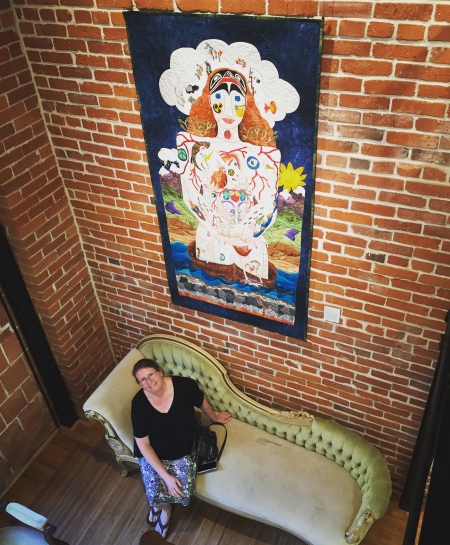 And here’s my new friend. No. I can’t explain it, except to say that after the opening, we wandered a bit around downtown San Diego, because we don’t come down here often. We thought there was another opening (OK, I thought), and I totally confused a security door guy by asking about robots, but to his credit, he rolled with it. All that has nothing to do with the raccoon. 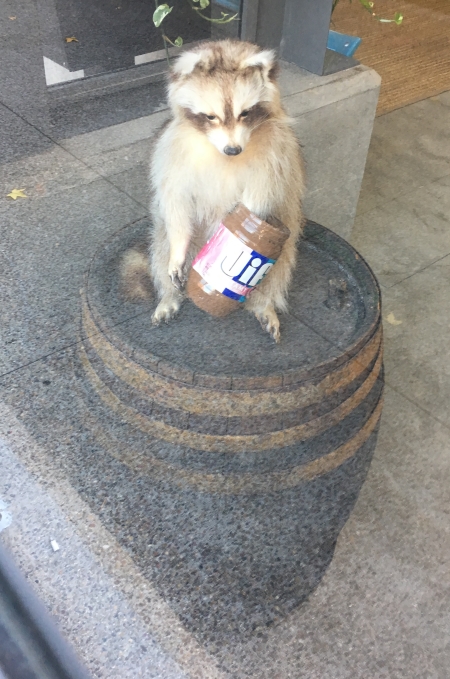 We’ve been here before. There was some really drunk kid who sat at our table for a while. It was strange. He was almost unconscious, but they kept serving him. That I don’t understand. 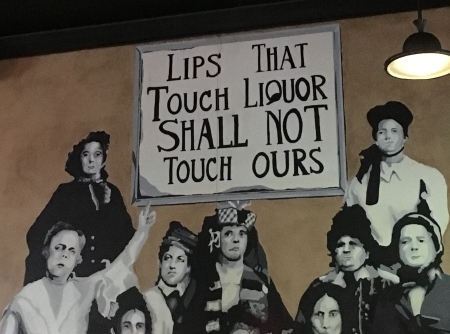 Then back to listen to music. I love watching the creative process, the creative brain moving shit around to make it sound or look better. I love it in my own brain too…

Sunday was busy. Here’s Simba at my parents’ house. He dug a hole and then sat in it. 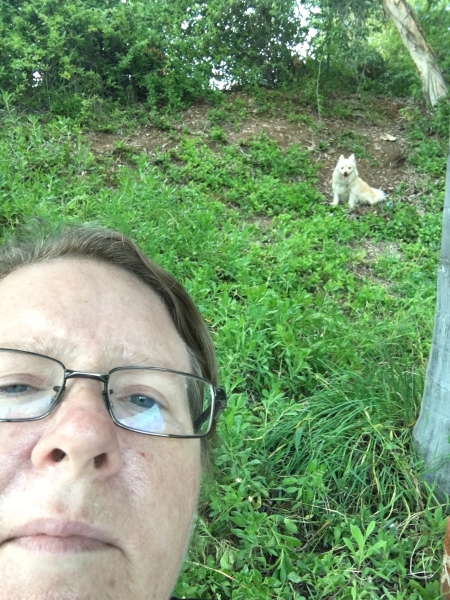 And then the boychild painstakingly pulled all the plumbago out of his tail. 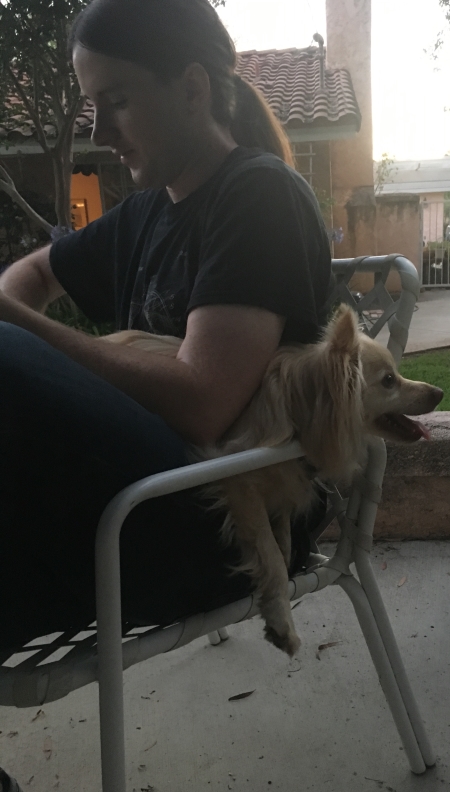 If you don’t know about plumbago and fluffy dogs, consider yourself lucky.

I should have taken a photo of my dad, because it was Fathers’ Day. I was not that smart. Dad didn’t dig a hole and sit in it either.

So here’s what I’m working on…there are two or three community quilts for the next art show I’m helping to curate, and we have all these 18×24″ blocks that are on interfacing. Some have drawings, some paintings, a few in fabric. These were mostly pastels, which was messy…they were sprayed, but they still leave marks. I’m sewing strips together (the other curator has sewn most of it so far) and then adding fabric where I need to in order to make them the same length. There are two this size so far for one of the community quilts. I don’t think I can go wider and get them under the machine for quilting. 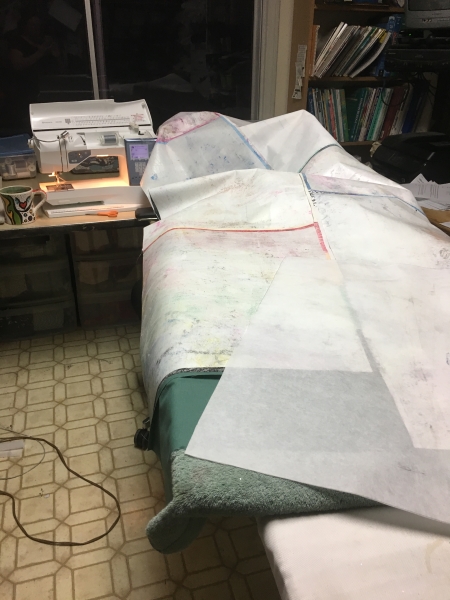 So today sometime I’m going to sandwich this one with batting and backing, and then hopefully I’ll quilt it. Or I’ll finish the piecing on the other one maybe. Can’t decide. It’s not easy to maneuver though…too stiff.

I have two nights done on this…I did a chain stitch on the bottom and then last night, I added fly stitches to it and continued the thread around until it was finished. 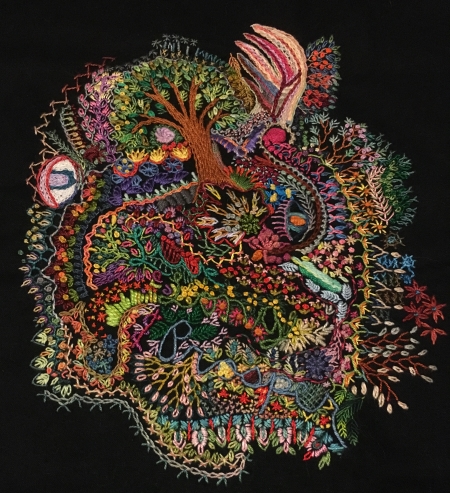 And then, I thought, it’s vacation. I don’t have to go to bed. Because that’s mature and all. So I found the sketchbook and kept working on this. 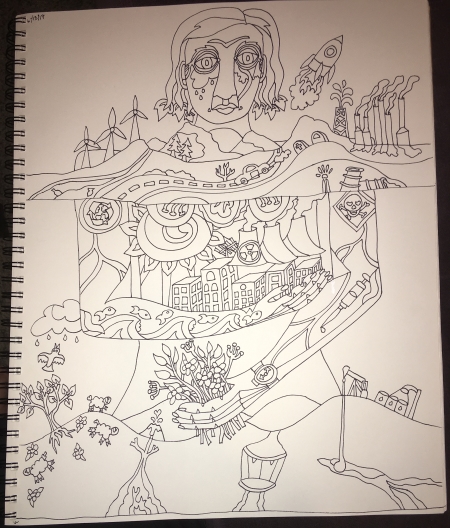 I want to add more to the bottom part, but I think it’s ready to enlarge. I want to get this ready for as soon as I finish with the community quilts. So I think I’m heading to the copy place today.

Meanwhile, Kitten has tried to sleep on the drawings and has now given up and is sleeping UNDER them. 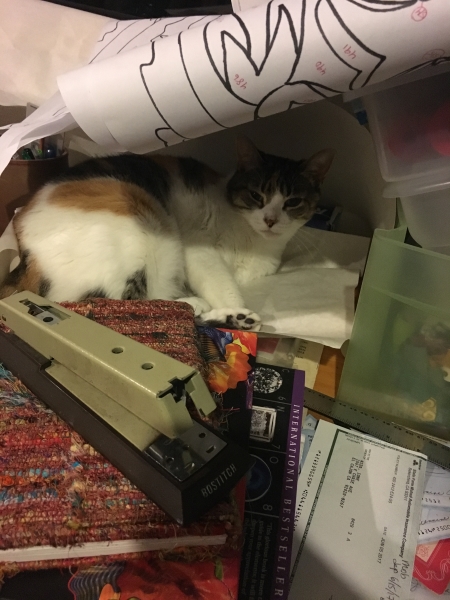 That is the better choice. Copyediting. I have to do that today too. Busy. No change there.