Girlchild is officially on her way back to school, which makes me sad. But I know she will do good things there, and probably some bad things too, and maybe save the world, or maybe not, but it’s where she’s supposed to be. Boychild leaves later this week. It’ll be lonely here soon (although with all the furry beasts, it might be hard to feel that way).

I finished tracing the Wonder Under yesterday for the newest quilt…in four days flat. It took 15 hours and 40 minutes…not bad. Yes, I basically spent two full days JUST doing that (and watching about 17 episodes of weird TV).

So now I have to cut all this out. I was up early for the trip to the airport, so I think I’ll sit and do that for a while. Cut things out. Because I’m tired. Might need a nap later. 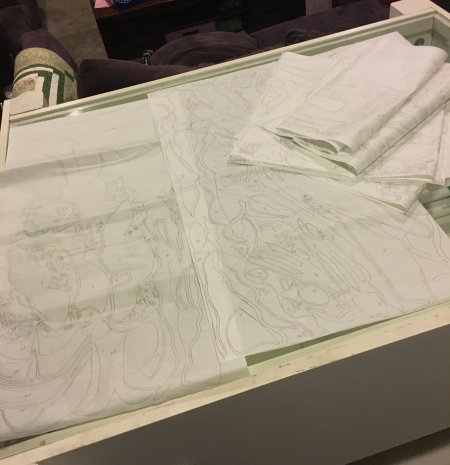 It’s not a small amount of Wonder Under…like 7 yards? Lots of big pieces though…not a lot of tiny pieces like the last one. I’m hoping it goes quicker.

I really have no brain at the moment.

I think the hardest part for the kids is leaving all the animals behind. 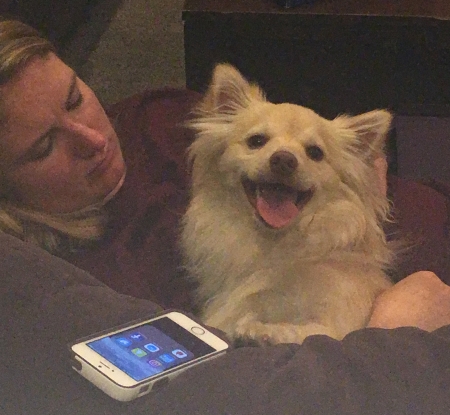 I don’t think the animals like that part either…fewer humans to sit on and harass.

Anyway. It’s the last weekend of summer and I’m exhausted. I’m gonna do some stuff with scissors and probably nap and then hopefully do some other not-school stuff. Like human life stuff.