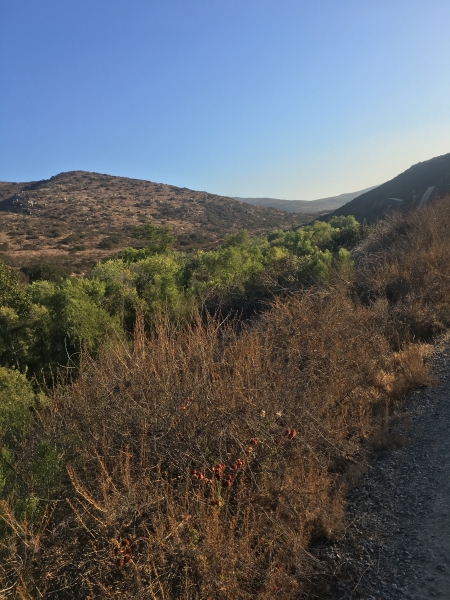 I just completely freaked out because I was checking all my art exhibit entries for the last few weeks, looking to see what notification would be next, and I noticed a double entry. That’s incredibly unprofessional. My stomach dropped. I never do that shit (OK I accidentally did it once a million years ago when the kids were small and I was newly divorced, but luckily, I only got into one of the shows I double entered…which is how the odds go anyway, usually even lower odds than that, honestly). But it’s OK. One of them is only in print, so I don’t send the piece anywhere. Deep breaths. Panic over.

I did get into the Power of Women show that will be at IQF Houston, so that’s good, since I made the piece for that show…not that I wouldn’t have been able to show it elsewhere, though. God knows I do that often enough…here’s Portrait of the Artist as a Young Woman…

Lots going on in there. Wish I could go to Houston with her, but I’ll be in Boston the following weekend and Chandler, Arizona, the weekend after. Seems like enough travel. Plus Houston is pretty expensive. So she’ll travel without me, like most of them do.

Meanwhile, I’m looking at some of the people who friended me on Facebook recently. I do actually scroll through their feeds and make a decision, like if there’s nothing there, I assume they’re a bot or a Russian spy, so I don’t accept. And if their politics are out there, well and truly not gonna get along with mine, I don’t accept. I’m not always sure why they’re friending me, except maybe to get me to like their store or their quilting or whatever, but then you’re posting pictures of guns and kneejerk Trumpisms, and I’m like, I don’t want to see that on my feed, plus you’re gonna hate my vulvas, so why are you clicking friend again? Such a complicated world.

Anyway, that’s two shows that have notified in the last week, and both were acceptances. Good odds so far, but it’s guaranteed they won’t all be.

I had a long work day yesterday, and all I wanted to do when I got home was walk the furry beasts, so we grabbed them and ran. Well, only a little running, just to see how tired the little one was after 2 1/2 miles.

It was a lovely temperature. We went down this hill we never go down, but then we had to go up it as well. Funny, the picture does not convey the real upness of this hill at all.

Then I made dinner and did some stuff to get my printer to work again, which involved a cable, because our internet is super bad at the moment, or maybe it’s just mine on the computer, but the (previously wireless but now wired) printer was refusing to work. And I needed it to work. So it was late when I started ironing.

And then I did the rest of the fruit bowl, plus ironed the dirt from yesterday.

I didn’t get far. I was tired. I didn’t sleep well the night before, plus I walked a lot. So that makes it hard to want to stand and pick out fabrics for a long time late at night. Here’s the rest of the 100s, laid out, ready for me to iron tonight.

I get into the fleshy bits pretty early on in this quilt. She has a lot of decoration on her, so I have to decide if that will be in flesh color or different colors…probably the latter. This is not a political statement quilt…just a reaction to a poem I wrote years ago. It’s a nice break from the last quilt, which was difficult and in my head in a much different way. Last year at this time, I was doing the gun quilt. That was really difficult.

Anyway, art…make it often and in spite of all the other crap.

*The Killers, All These Things That I’ve Done